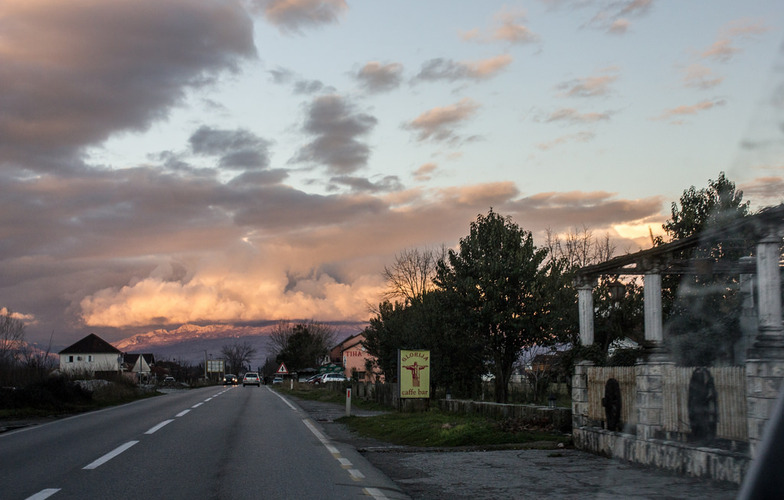 Immediately, Anxieties exhibits an uncanny structure. Randomly started, as well as randomly finished fragments seem to resist any order or compatibility. It is as if these short, "meagre" scramblings which record fantasies and psychological turmoil would benefit from a change in sequence. Far from wanting to provide the pleasure of following a chronology of events, these diaries, which consist of talking to oneself (confessional and philosophical writing), letters, even essays and memoirs (e.g. from a hired publicist), give a sense of sloppiness. Sentence structure often corresponds to oral communication, sometimes poetry creeps in with the prose, so jumbled sequencing and order can be observed in sentences as well.

This kind of poetic structure is precisely what holds this bunch of notes together; the messy structure underlines the fictional nature of the diary. There are glimpses of dominant, obsessive themes and firm beliefs, in other words, the character of Sandro Galeb in the background of either brief or long sections, which individually do not convey any comprehensive meaning. Finally, this autobiographical project of sorts is bewildering due to the relation between the autobiographical (authentic) and fictitious (made-up), as it is realized in this work.

Who is Sandro Galeb?

Towards the end of our read, we find out that Sandro Galeb is writing this amazing diary in his sixties. The narrator represents himself by reflecting on ideology, religion and culture, a couple of everyday scenes, there are a few stories about Oštra Glavica (Sharp Head), a hill that rises above the town where he decided to settle... We meet an old man eager to enjoy peace and solitude where he can turn to himself, sink into his inner self. He defines himself as a maladjusted author who is miles away from his native country and culture (although physically present). Some personal histories are introduced through poetry and linked to an impression: for example, the scent of the southern wind in October triggers his memory and we discover a whole chain of random events from the past. In this way, the author incorporates his autobiography into the literary work, not caring whether the readers will recognize the line between poetry and reality, reality and fiction.

Confession reveals a portrait of a secluded writer, an old man separated from the world that annoys him, angers him and sometimes frightens him... This old man is indifferent and sad, melancholy and grumpy, Pain That Walks... he is in pain and human stupidity pains him. Reflecting on his surroundings, he presents himself as a lonely rebel who defines himself based on how much he is different from his countrymen – the Montenegrins. Sentimental confessions and suffering of an ill man from the beginning of Anxieties, turn into confessions about social illnesses, about the historical and ideological experience of Montenegro. He projects the otherness of his character on the reverse, painting a picture of his fellow Montenegrins as caricatures, a primitive people who have not made any significant cultural, historical or social changes that would enable their "dignified" participation in political and social areas on a global level.

The narrator sees the surrounding crowd with whom he is forced to share his homeland, as a herd intoxicated by religion and nationalism, a collective which entirely devalues personality; as people who proclaim their new religion and also steal from their friends and from the state, while praying all the same; as dogmatists, butchers who slaughter in the name of faith and ethnic fairy tales. Contemplating the fate of his own nation, Galeb justifies his personal belief, a place where he will safeguard whatever sense he may come up with. He finds freedom in denial, suffering and poverty, and his solitude and not belonging is a result of his efforts to be consistent and uncorrupted.

The range of themes covered in this work also points to the untangled web of individual and collective in a small nation. Historically speaking, Galeb discovers the reasons why people of Montenegro are so miserable, so there is a sense of historical fate of this tiny country at the margins of civilization. As a pessimist and a cynic, the author presents current issues of the small, recently-independent Balkan state, located at the very edge in relation to the centres of power, where it can only suffer the consequences of historical breakdowns that were determined at far more important places. In these circumstances, the values that are being advocated, e.g. democracy and multiethnicity, are revealed to be instruments of rhetorical power games.

The only alternative for Sandro Galeb is the lonely life of an outsider. The alternative hero of our day and age tries to solidify his beliefs by citing like-minded individuals from the history of literature, brilliant minds that put precedence on culture, education and freedom over nation. By sticking to the phenomenon of pain that defined all great lives, which also meant choosing alienation over national identification, the author finds confirmation of greater dimensions not only in the misery of small peoples, but also in his attitudes (on evil in the essence of the collective force). Certainly, this kind of exclusive thinking was also the turning point for the material that was to fit in the form of this literary diary.

The question is whether this autobiography, as most others, counts on how exceptional the personality of the author is, his literary reputation, or even when we know that Sandro Galeb is not a real name. And why did Jovan Nikolaidis need a mask called Sandro Galeb to write an autobiography? Is it because he himself does not believe in these words about dreams, verses of despair, so he tries to distance himself even from that, to gain outside perspective? Or is it a way emphasizing that a true representation of life and a place of truth is in poetic language, not in direct reference that would be achieved by using an authentic name?

This text was originally written in Bosnian during the Art Module Criticise This and published in Croatian media Novosti on January 6, 2012.

The book critic and philosophy lecturer from Sarajevo.