'Slovenia publishes the most books per capita' 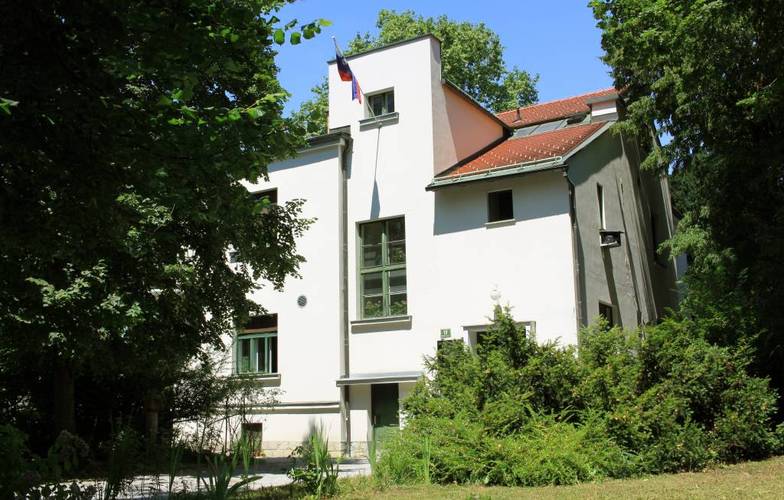 Slovene Writers' Association
A+ A-

The talk with Martina Fekonja from Slovene Writers' Association is a part of the project Literary Europe Live.

Could you briefly describe the events that Slovene Writers' Association is organising?

The Slovene Writers’ Association organizes two activities within the LEuL project. One is part of the Writers Stage programme at the Slovene Book Fair in November and the other one is the residential stays before and during Slovene Book Days in April.
The Slovene Book Fair is the largest book-related event in Slovenia. The 32nd edition of the Slovene Book Fair will be in 2016. Over one hundred exhibitors participate in the fair and, in addition to the exhibiting of books, there are over two hundred different events, including artistic performances, lectures, promotional presentations, critical discussions, and similar events. On average, more than thirty thousand people attend the Slovene Book Fair.
Each day of the fair, the Writers’ Stage in the main foyer of Cankar Hall (Cankarjev dom) hosts a carefully selected, communicative programme – there are presentations of new works from individual publishing houses, a programme for children and youth, awards presentations, and, most significantly, in-depth interviews with authors from Slovenia and abroad.
Slovene Book Days is a five-day open-air book fair that involves the majority of Slovene publishers. The event takes place in Ljubljana and in other Slovene towns. This is an important open-air book fair, with a 22-year tradition, where there is outstanding media coverage of the opening ceremony, during which books, their significance and status, are highlighted by prominent speakers; there are also readings. It is also an occasion for presenting the annual awards for the best short story and essay of the year (both contests are organised by Sodobnost magazine).
The Slovene Book Days quicken the pulse of life both in the capital and at other venues in Slovenia and beyond. In addition to the abundance of reading material and the publishing houses presenting themselves, a full and diverse programme is carried out in the centre of the city. There are literary readings, new book presentations, concerts, dialogues with children, and discussions between authors and readers, including prominent public personages whose life is books.
Forging links between generations of book lovers, authors and publishers, the festival is a popular meeting point.
How do you cooperate with your local writers and publishers?
The Slovene Writers’ Association (DSP) has 315 members, among them the best-known Slovene literary names. As a professional organization, the association aims to place its members in the best possible position in both the domestic and international spaces. We include them in our programs and projects, among them: performances at a number of literary events within the "Let’s Invite the Word” programme (under which schools hosts authors; there are also other encounters with children and young people), and international exchanges.

As well, DSP is committed to integrating its representatives and skilled workers into public life and the economy (management of copyrights, taxes on book, the position of publishers...) The local writing scene is specific due to the fact that Slovenia is a small nation with a language spoken by only about 2.5 million people.

In Slovenia there are more than one hundred publishing houses and we lead the world in the number of published titles per capita. We are "good readers” and "bad buyers of books.” In 2013, we borrowed more than 26.4 million books from libraries. Last year 5554 books were published in Slovenia, of which 1542 works of fiction, including 841 works of original Slovene literature and 176 poetry collections.

DSP is closely linked with Slovene publishing houses and their translation activities.
Do you also work with international institutions?
The Slovene Writers’ Association strives to establish and maintain contacts with writers’ associations and cultural institutions from around the world. The society also organizes an annual international exchange of writers, presentations of foreign writers in Slovenia, and the presentation of Slovene writers at important literary events, conferences and festivals abroad. Also falling within the scope of international cooperation is the writer residency managed by the Slovene Writers’ Association. Throughout the year, international guests stay at the Dane Zajc writer’s atelier in Ljubljana. The residence offers guests the possibility for collective creativity and inspiration in learning about the Slovene capital.
We often include foreign guests in the programme of the Slovene Book Days, which is a festival that takes place every spring in Ljubljana and in the partner cities, as well as in the "Writers Stage” programme that the association organizes each November during the Slovene Book Fair.
Foreign writers present themselves to the Slovene public by means of literary discussions and readings. To inform the public about international cooperation projects we use press releases and send e-mails to our database of contacts. Other important points of communication and promotion for events are the Slovene Writers’ Association website and its Facebook page. For foreign authors we organize interviews with Slovene media outlets and we also organize meetings for them with Slovene publishing houses.
Why do you find the project New Voices from Europe important, both locally for you and internationally?
The project New Voices from Europe is certainly important for the Slovene literary space, since it ensures solid promotion of literature throughout Europe. Good literature should not remain only within the limits of its home country; it must move beyond. Each mode of promotion is thus very welcome.
Through the "New Voices” project we draw attention to fine and current Slovene literature (like Slovene 'New Voice', poet Anja Golob), but we especially help the authors find their way to international recognition and, not least, to translations. The other direction is also important: bringing authors from other countries into the Slovene space is a significant and important contribution to the Slovene literature market.
Do you work on literary translations?
Literary translations are very important for the Slovene Writers’ Association because they allow for the visibility of our members’ literary creativity in the international space, for greater mobility and networking, and for the exchange of artistic concepts and creative experiences. Within the framework of its publishing activities, international cooperation and the Vilenica International Literary Festival, the association makes sure that many of our authors are translated into foreign languages.
Since 1963 DSP has been publishing Litterae Slovenicae, a series of contemporary Slovene authors in translation. The series is important for international recognition and for promotion of Slovene literature at major book fairs and literary festivals, as well as for academic purposes. Through the first conversion of books from this series into e-books and through their subsequent placement in Biblos and e-book portals abroad, Litterae Slovenicae will soon have a broader reach and an increased international visibility.
Since 1991 DSP, in conjunction with partners, has been leading the Trubar Foundation, which provides financial support for foreign publishers for translating Slovene authors into other languages. In 2015 the Trubar Foundation helped 44 works by 26 authors be published as books in more than 20 countries.
DSP also hosts members from abroad, and their participation often leads to translation editions or bilingual anthologies, for example, Le fleuve les regarde dans les yeux: sept poètes slovènes contemporains and Pordenonelegge 2011: Bolj resnično kot življenje / Piu vero della vita. Two extensive anthologies of Slovene poetry are in preparation – one in India (in English) and one in Israel (in Hebrew).
DSP follows international literary production in order to select foreign authors for translation into Slovene but also to be guests at our festivals (Vilenica International Literary Festival, Slovene Book Days). This monitoring is important, additionally, in terms of bilateral exchanges and other forms of international cooperation (preparation of handouts, projections of literary performances of our foreign guests...).
The main Vilenica publication is an extensive volume presenting authors hosted by the festival. The texts are published in the original as well as in Slovene and English translation. A special section is dedicated to the Vilenica laureate.
Since 2006, DSP has also been publishing the Vilenica Anthology collection, presenting lesser-known literature to the Slovene public. Publication of the Anthology is supported annually by leading authors from the literature presented in the anthology who, as guests of the Vilenica International Literary Festival, have country-specific literary readings and round tables; in 2015 we published a 30th-anniversary anthology for the Vilenica International Literary Festival.