'The Brussels literature is multilingual' 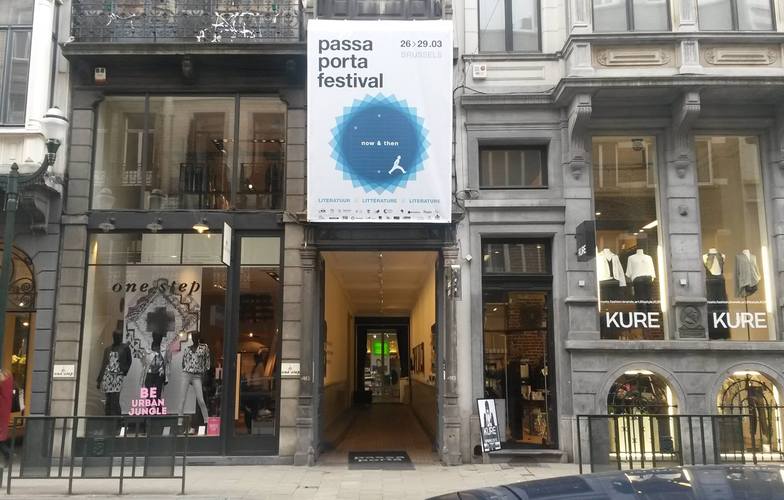 Foto: Passa Porta / Facebook
A+ A-
The talk with Ilke Froyen, the general manager of Passa Porta, is a part of the project Literary Europe Live.

Could you briefly describe your organisation?

Passa Porta, the international house of literature in Brussels, presents since its establishment in 2004 a diverse programme of literary encounters, mainly at Passa Porta but also at other venues, in collaboration with other cultural institutions. We host a diverse writers in residence scheme for national and international authors and stimulate literary creation through various creative projects.
The house of literature is situated in the city centre of Brussels and boasts a fine multilingual bookshop which functions as a cultural venue, office space, and several workspaces for writers. Every two years, Passa Porta organises the Passa Porta Festival, Belgium's most important international literary festival (next edition: in 2017).
Passa Porta interacts with the reality of Brussels, a city in which over 180 nationalities are represented and focuses a multilingual audience.

How do you cooperate with your local writers? Could you briefly describe your local writing scene?
The Belgian writing scene does not exist as such, since it is a multilingual country, with writers mostly either writing in Dutch, French or German, the country’s official languages. Passa Porta is a house for readers and writers alike. We aim at providing writers with the space to write, the opportunity to reflect on and further develop their career as a writer through literary encounters with fellow authors from the other part of the country or from abroad.
It probably means that cooperating with foreign writers and organisations is particularly important for you...
International cooperation is at the core of Passa Porta’s work. Thanks to the nature of Brussels, international cooperation can be with partners within the same city (e.g. cultural institutions represented in Europe’s capital) or from all over the world. The core interest of Passa Porta is to invite readers and writers to discover new literatures from outside their language area.
Since the interest of Passa Porta is to open up new worlds in literature to audiences from different (Belgian) languages areas, a quality selection of New Voices from Europe is right at the heart of what we aim to share with our reading audience.
How important are literary translations for you?
Quality literary translations are key when enticing new audiences to discover exciting new literature, and hence it is something we value highly. Passa Porta sees literary translators as literary creators.